What Is Emotional Intelligence (EQ) 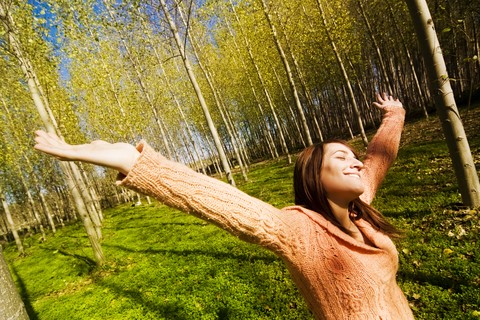 What is emotional intelligence (EQ)?

Emotional intelligence (EQ) is the ability to notice and name your emotional experience while you are having it, and integrating this self-awareness for better cognitive functioning. It is also described as integrating the thinking brain with the feeling brain to have better control over your choices.

How many of us have sent that email when we regretted it later, or committed “retail therapy” when we said we were going to watch our spending? Rationally we commit to the right things to do, and yet emotionally we self-sabotage when the feeling overcomes us.

Here’s the science behind EQ: the human brain is an amazing organ, with over 100 billion cells and about 100 billion connections. For simplicity, let’s say EQ is targeted in two areas of the brain, the thinking brain (neocortex), and the feeling brain (limbic system).

These two sections are wired together with super neuro-highways passing information back and forth to each other. Some of us have very strong, clear pathways. Our thoughts and feelings flow in harmony, we are aware of what we’re thinking, feeling and know what we want in any given moment. Others have highways that are not so connected and are either paralyzed, unable to do anything by over-thinking, or impulsively acting as the “spirit moves them”.

Why is having emotional intelligence Important?

Our emotional brain governs much of our behavior. Have you heard the sayings, “it was in the heat of passion,” or “I was out of my mind with rage,” or “what was I thinking by doing that?” – these are all expressions of behavior that was not by choice. When we “act out” like this, when we behave in a ways that are extreme, it signals that our limbic system has hijacked the driver’s seat and we have lost our ability to steer the car.

I remember jumping out of the driver’s seat and into the child’s seat. I got so mad at my defiant son; I picked up a book and threw it across the room. “Who was this woman?” I think back today, my poor 12 year old, and I cannot believe I behaved as an angry child raising an angry child. I needed a time-out. Luckily today, after many years of building more emotional super-highways, I do take a time out before I explode (or send the email or flip off the crazy driver.)

Building emotional intelligence gives us freedom of choice. Whether it is a few extra pounds on your body, trying to leave a dead-end relationship, getting out of financial debt, parenting oppositional teens, or feeling stuck in a dead-end career – the skills of building emotional intelligence will empower you to live in the driver’s seat, on a clear, super-highway, in control of peacefully reaching your destination.